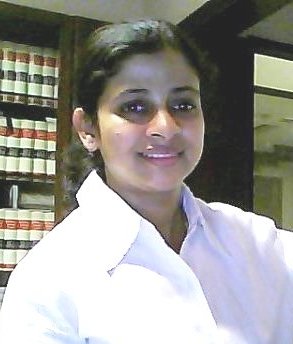 Ms. Manisha T. Karia is an Advocate-on-Record in the Supreme Court of India having more than 16 years of experience in Mumbai and New Delhi.

She completed her LLB in the year 2000 from ILS Law Collage, Pune and started her practise with Thakkar & Thakkar in Mumbai specialising in corporate, tax, and intellectual property laws. In 2002 she joined the Mumbai office of Dua Associates, and worked in areas of worldwide intellectual property right management and litigation, drafting property documents while regularly appearing before High Court of Bombay for corporate commercial disputes. She shifted her base to New Delhi in 2004 and since then has been practicing independently before the Supreme Court of India, High Court of Delhi and other forums such as Company Law Board, erstwhile MRTP Commission, Competition Commission of India, Competition Appellate Tribunal, National Consumer Dispute Redressal Commission, State Consumer Commission, Employees’ Provident Fund Appellate Tribunal, National Green Tribunal, Appellate Tribunal For Electricity and Debt Recovery Tribunal etc.

She is the co-author for the book “Electronic Evidence” published by Lexis-Nexis Butterworth. She also regularly writes Articles in the legal magazine, FLAIR published by All India Reporter. She is a trained Mediator from International Centre for Alternative Dispute Resolution, New Delhi and has successfully handled several mediations. She has extensively spoken on various subjects at national and international conferences including at National Judicial Academy, Bhopal, and at the National Seminar on Current Issues on Taxation Laws held in January, 2014 at ILS Law Collage, Pune in 2014.