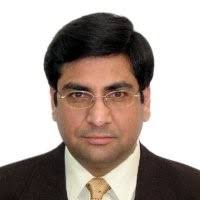 He is a Bachelor of Law from Delhi University and has attained a rich experience of more than 17 years in the areas of corporate laws advisory, litigation, commercial matters, capital market, intellectual property, corporate restructuring, and compliances.

He had started his career under pupillage of Mr. Harish Salve, Senior Advocate and Ex-Solicitor General of India. He has then moved to the Corporate World and became the In-house Legal Counsel of Coca-Cola and thereafter he got associated with Bharti Group and worked for their telecom, infrastructure and real estate retail sectors.

Mr. Lamba has been actively giving lectures and is visiting faculty of various academic institutions, professional and law colleges in India and abroad.

He regularly speaks on arbitration, corporate restructuring, compliances, and legal reforms. He has represented the industry on various forums and actively participated in the Legislative Consultative process.